Howling At All Hours 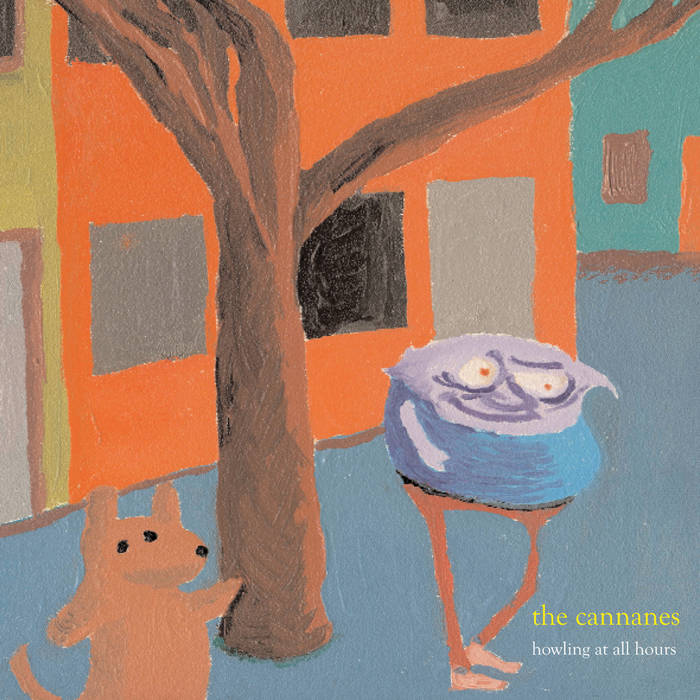 Chapter Musc is excited to announce Howling At All Hours, the new album by international DIY pop icons the Cannanes. First forming in Sydney in the mid 1980s, they have released ten albums on labels all around the world, toured the US, UK, Mexico, Japan and Europe innumerable times and been immortalised in books and documentaries by devoted fans.
The Cannanes have always done things their own way. Their first two albums African Man’s Tomato (1988) and A Love Affair With Nature (1989) were self-released on no label at all, but the band subsequently became stalwarts of iconic 90s US indie imprints like K Records, Ajax and Feel Good All Over. They began touring the US and UK regularly, achieving the distinc- tion of becoming one of the best-known unknown Australian bands inter- nationally.
Chapter Music released a Cannanes single in 1996 and the album Living The Dream in 2000. In 2002 their Trouble Seemed So Far Away album earned considerable Triple J support, and their clip for single You Name It was chosen to be the first song played on Rage to welcome in the new millennium. Howling is the first new album since Trouble, but admittedly the band have been distracted by side projects, recording, regular gigs and touring in Australia, USA, Japan, USA, Mexico, headlining the New York Pop Fest in 2008, playing the UK Indietracks Festival in 2010, and various other pursuits. In 2012 a Cannanes song was featured in the TV film & DVD Under- ground, about Julian Assange’s early years, and the band even recently got to design their own limited edition Converse sneaker!
But now it’s high time to release upon the unsuspecting world some new recordings...New EP Small Batch, on the Cannanes’ own Lamingtone label, got an ecstatic response on its release earlier this year, and now the same lineup that recorded A Love Affair With Nature has regrouped - in fact the new album is subtitled A Love Affair With Nature II.
Vocalist Fran Gibson, guitarist Stephen O’Neil and prodigal drummer David Nichols are the core trio, but Howling also features cameos from sometime Cannanes members James Dutton (Flywheel. Deep Country ), Mia Schoen (New Estate, Sleepy Township) and Fran Bussey (Nice, Dusken Lights). After such a long wait, it’s reassuring to discover that Howling At All Hours is as engaging and idiosyncratic as anything the band have ever done.